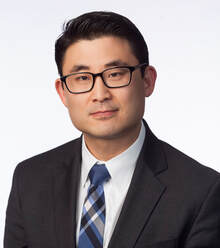 ​
Jason Han, JD, Executive Director & Community Lawyer
E-mail
The Citizen Advocacy Center welcomed Jason Han as Executive Director and Community Lawyer in October 2021.  During law school, Jason interned for the Center gaining first-hand experience building democracy on several open government issues. Now, joining the Center as a seasoned advocate, Jason continues the Center's nearly 30-year-old tradition of promoting nonprofit leaders to advance democracy from within our network.
​
Jason's considerable experiences advancing justice coincides with the Center's holistic mission of building democracy. He has worked at the community-based level to engage individuals on issues of public concern. As a former municipal board member in the Village of Northbrook, he has first-hand knowledge of the challenges and rewards of being a public official. Other experiences include professional development training, covering local government as a journalist, and—as an accomplished litigator—representing individual plaintiffs against corporate entities.

Jason graduated from the University of Illinois College of Law with honors. As a new lawyer, he advanced justice by serving as an Assistant State's Attorney. After a stint in the prosecutor's office, Jason launched his law firm in Chicago. For the next seven years, he represented individuals against corporations in David v. Goliath situations that parallel how community members describe the democratic process interacting with government institutions.

A resident of DuPage County, Jason leads the Center into our fourth decade of building democracy.